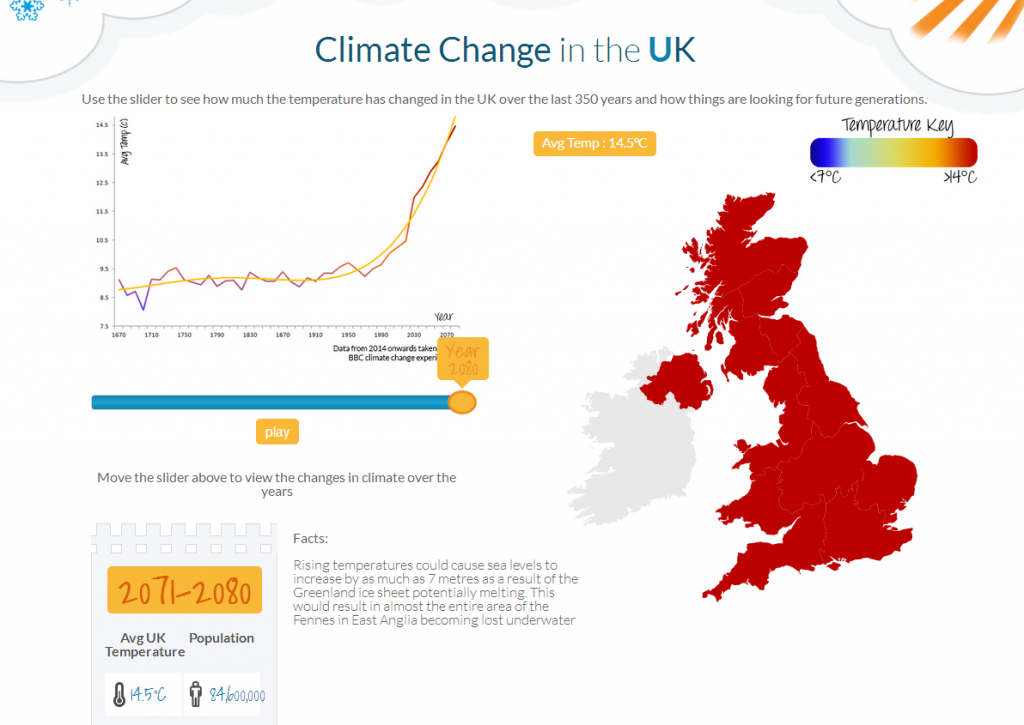 Please click on the above image to see our interactive App in action!

We looked at the influences over the years that may have affected the climate, including the agricultural and industrial revolutions, the invention of the motor vehicle and the increase in population and how the timing of these correlate with the change in climate.

We also took a look at how forecast temperature rises in coming years may impact the UK.

We have seen widespread thunderstorms in the summer of 2014 along with soaring temperatures and it would seem that this kind of weather looks quite likely to continue in the coming years. 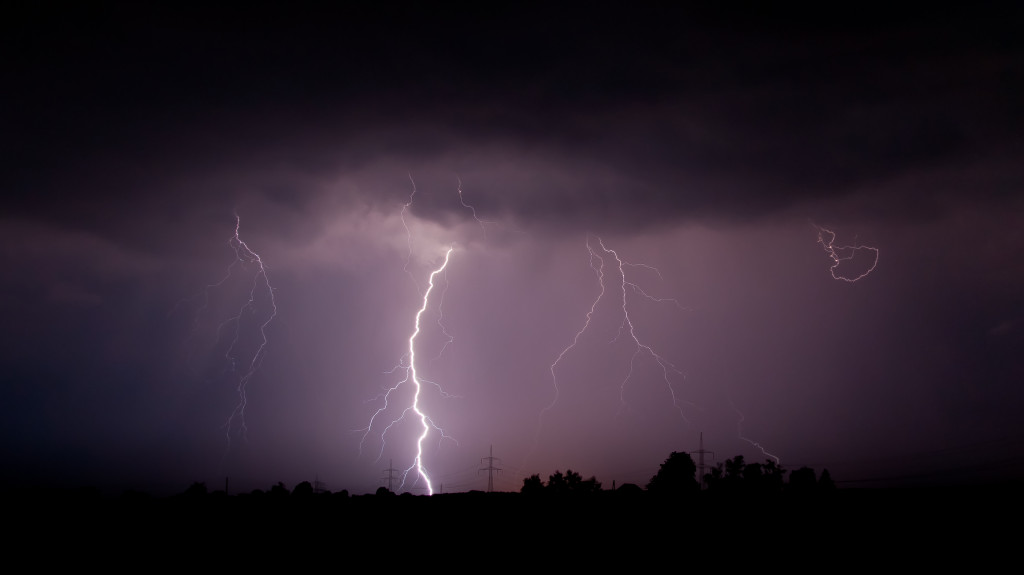 The predicted temperature increases are sure to change the way we live – farmers may have to look at growing different types of crops and business owners may well have to look into measures for keeping their workforce cool.

Take a look at our app here and discover the way in which the UK climate has been effected by population and various other factors.